The Internet has become the number one source of information in the world. Internet research is used by everyone. You can research any topic on the Internet and find answers to any question. It is a very different world today with the computer than the world of say 20 years ago, when we had to go to the library for research and sometimes spend hours there. Sometimes we were not able to access some information and the librarian would help us by searching different topics for us on their computers. The librarians actually had access to computers back then, before we had computers for personal use.

However after attending the EIR lesson from my school i have come to realize that searching for right information from the internet also require skills for it, for example Google, it has a lot of search facilities for us to use which can bring us to the exact or almost what the website we are looking for, which could save a lot of time for us.

Lastly I would like to thanks Miss Faridah for all the doubts she help me regarding the subject or the topic we are discussing and I do enjoy my lesson as well.
Posted by Kun at 10:09 AM No comments:

My dream holiday will be a visit to Sweden, Stockholm as the city has been the center of politics, media and culture. It is nestled on 14 islands and lies on the south-central coast of Sweden towards the east. Surrounded by parks, magnificent monuments and greenery, Stockholm is a beautiful city. In fact, it is highly frequented by tourists from around the world.


This video show a little bit of what Stockholm has like some of it places of attraction which include The German Church (Tyska kyrkan), the Riddarhuset (the House of Lords), the Bonde Palace, the Tessin Palace and the Oxenstierna Palace are some of the most significant edifices of the city. These buildings are all located in the oldest region of Stockholm called ‘Gamla Stan’ or the Old Town. Also the National museum is the most famous national museum of the city, which houses about 30,000 handicrafts and 16,000 paintings. The Museum of Modern Art is well known for modern art and has collections by Salvador Dali and Picasso. Other popular museums of the city are Stockholm City Museum, Nordic Museum and Royal Coin Cabinet
Lastly, is the Island of Djurgården is situated a famous amusement park called Gröna Lund. Royal Dramatic Theater of Stockholm is, in fact, one of the most well known theaters in the whole of Europe

Also the most important criteria for me to travel to that country will be $,$,$ and lots of $$$ as traveling to Europe is not cheap be it whether is on holiday or business trip, u need to have enough cash to match the living standard.

However my virtual traveling i went to London as i could not find Sweden on the world map which I do not know why as well. Doing virtual traveling mean one don't have to pack their luggage which might be hassle for some people, Also you don't really need $ for all sorts of purposes. 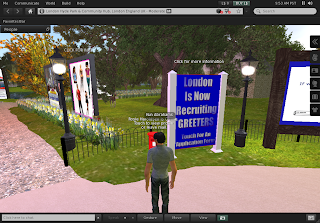 1. What is the significant learning experience for you working in a group?
By working in a group, I can learn how to communicate and how to exchange ideas with others people and also allow us to finish our job scope at a faster rate with are much more efficient than working alone

2. As an individual contributor, what have you gained from this experience?
I have gain that if one just does or finish his job individually while others also does the same, we tend to reach our goal or target faster. However if one does not meet its requirement it tend to slow the whole group down so personally I felt I have more responsibilities and will strive to do my job well

4. What advice would you give to the next batch wiki groups as they start a similar project?
I think One should understand who and what he or she need to do and also if there is any doubts, don't hesitate to look for teacher or groupmates for help if otherwise it will just slow the group efficiency.

5. Would you use Wiki for research in your own Diplomas? Why?
Yes. Wiki has lots of learning and researching information. Wiki easy to use and lear, people located in different parts of the world can work on the same document, the wiki software keeps track of every edit made and it's a simple process to revert back to a previous version of an article and there are a wide range of open source software wiki's to choose from so licensing costs shouldn't be a barrier to installing an institutional wiki
Posted by Kun at 1:25 AM No comments:

Personally I felt that twitter is like an online dairy, Most twitter user tend to have the urge or mood to tell others or should I say their followers how they actually feel on that day or what happened to them that day or the previous day and stuff. Also the site are of a simple layout design which are easy to use. Twitter also has unique profile templates, which can be created through HTML mode or purchase it through legitimate dealers in different auction sites related to templates.

Twitter is truly a social networking or social media, but there are many limitations. Twitter has no applications rather than other sites like Facebook, Friendster and MySpace. It also has no groups, videos, blogs, classified ads, forums, marketplace and other unique and popular social networking menus. You can only upload one picture, which is your avatar and must be small, compare to other social networks which you can upload pictures as many as you want. You also cannot upload music files here on Twitter, but you can upload on the other social networks
Posted by Kun at 1:07 AM No comments:

Despite group discussion, me myself personally have chosen Accuracy and Authority to evaluate Stomp. As shown in stomp,  there a lot of post and news are being uploaded by the users but there are posts in Stomp where the authority can be verified for example this post which my group and I have discussed during the lesson on the topic of  Girl, 12, may have had sex with 15 men, from this post, although the actual author is not named but because this post is by The Straits Times which is a recognized local publisher, we were able to obtain information about the actual author that submitted the post simply by emailing to The Straits Times for the contact of the person whom have published the article to gather a bit more information about the article or the topics the author is discussing.

Also the accuracy can be verified through the fact that the article i have discussed on Stomp, is from a newspaper article from The Straits Times which in term have similar news from the Newpaper which both of the local publisher sharing many similarity of views and points, i can say that the post on Stomp is based on facts as information from the three sources were very similiar. Also reference is cited from The Straits Times. From the post written on Stomp, it is shouldnt have problems regarding any spelling or grammer mistakes .

Regarding the website Stomp, I personally felt that a lot of posts being uploaded do not allow us viewer or should I say reader a chance to write our views and thoughts of the articles, which i personally felt that is  wrong as some of the people have identical photo or are actually the person in the photo are not willing to have such controversial types of pictures being uploaded as it had already invade their privacy also even if it is uploaded they have no chance to explain themselves on why such act happened.
Posted by Kun at 10:30 PM No comments:

Due to my carelessness, I missed the E-learning the previous week, but luckily Ms Faridah arrange another session for us to be able to experience it.Firstly regarding the behaviour of the Hong Kong student, I personally felt that they are very normal, well, maybe a little friendly i guess.Also they usually use the "Yahoo" website to purchase items as they find the site very simple and updated.Lastly I find that the "Second Life"is a very good way of exchanging culture with the overseas students and learn some of the the skill they possess in researching.

This is the snapshot that I have taken 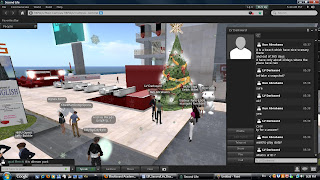 If I have $500, these are the stuff I would love to buy
Puma Flow Men's Watches 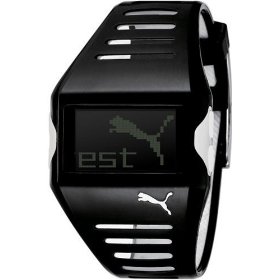 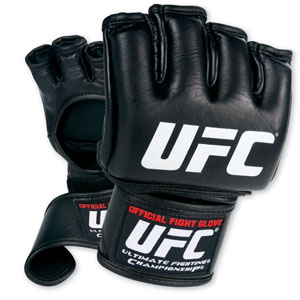 And I will save the rest of the $ for emergency purposes, Not sure when that will be.Hopefully never happen.

Lastly, Regarding the lesson last Thursday, Ms Faridah taught us how to perform Internet Research in a more effective ways through blogs, wiki, organizational website also the purpose of the research such as Information, Business/Marketing. This way when we do our research it greatly help us save a lot of time and help us to improve our search for our objectives more effectively
Posted by Kun at 12:49 AM No comments: